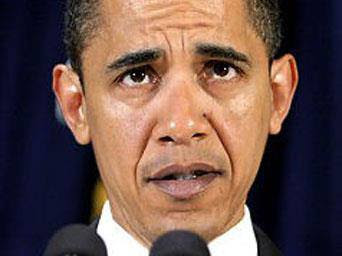 It is interesting how for 8 years the proverbial buck stopped with George W. Bush. The left blamed him directly for everything they played up during his tenure, or they said he was the puppet of Dick Chaney and the like, "they were REALLY running the country." Well as everything seems to be a complete surprise to President Obama, as he continues to state he learns about wrong doing in his administration through the press like the rest of us, it begs the question: Who is running things in the Obama administration? How is it he is always clueless about what is going on around him?

Posted by Lee Vanden Brink at 5:29 AM